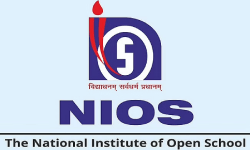 October 2nd is celebrated in India to mark the birth anniversary of Mahatma Gandhi. With immense love in their heart and words of courage in their mind, students hail the good deeds of their dear Bapu Ji and celebrate Gandhi Jayanthi with much fervour. The stories from his life and exciting instances from the freedom fight can inspire scores of children to know more about the values he stood for.

The future depends on what we do in the present. This is one of the most admired and orated quotes by Mahatma Gandhi. Ever since childhood, the values and philosophies of the famous ‘Bapu’ are taught to every child as part of the life skills classes. The educationists and mentors who follow Gandhian principles have written books and made documentaries to ignite his legacy. A single man clad in Khadi confronted the British regime with the power of his values and the principles he followed could shake the colonial rulers.

The principles of leading a good life stand as a strong foundation for all the pillars of valuable thoughts followed by Gandhi for himself. Fondly called the Father of the Nation, Indian independence speaks volumes of his fight against the British regime with the sole weapon of non-violence. When teachings are blended with the curriculum, the students are given an insight into the righteous way of leading a good life.

We must take efforts to teach truth and honesty to students. Teachers should set the foundation of truth in every young mind, emphasizing doing the right thing and focusing on every subject of study. Truth is the sword with which the battles have been won, and the right way of learning is critical when it comes to education. Often known as Sathya, this is the strongest of the philosophies followed by Gandhi Ji till his death. In this era, which witnesses a lot of unfair means, it is good to nestle the seed of truth and the power of honesty in students’ minds.

The next phenomenal value is that of ‘non-violence.’ This has found a special place when we talk about freedom stories. Gandhi Ji proved to the entire world that his path was full of peace and humility with no room for hatred. His fight for freedom was unique and needed no artilleries of war. His simplicity and the policy of ‘ahimsa’ was unique and required a lot of patience. Students share stories that reflect the power of winning a battle without swords. It is courage that helps an individual stand for their genuine right.

The salt that we eat today might be the least priced when compared to other groceries but then one would never forget the historical Salt Satyagraha, the peaceful march by Mahatma Gandhi to protest against the tax levied on salt. The battle went long, yet he emerged as the sole winner.

His teachings are thus valuable learning to be taught to young students as they become the successors to follow the Gandhian path in their lives and deeds.

Why is it important to teach life skills in schools?

Influence of Gandhian Philosophy on School Curriculum
18 Oct, 2022
Why is it important to teach life skills in schools?
21 Sep, 2022
What makes an ideal school environment in terms of infrastructural facilities?
17 Aug, 2022